Human speech is the only tool with which man can understand the world and act within it. Man finds a word to represent everything in this world, both animate and inanimate. There is a word for everything, and words come together to form speech. In his work, The Ignorant Schoolmaster, Jacques Ranciere wrote that the superiority one can manifest in his use of words is the result of diligence similar to the efforts  others take to use their tools. In fine art theorists and critics are the ones who are superior to all others in the aforementioned sense. Through their words they give value to artworks and pass judgment by placing them in particular art historical contexts. Their spoken or written words label the artist and his work in a positive or negative light and as such remain recorded for future generations. Criticism, be it positive or negative, should influence the formation of public opinion on artists and their works, and as such it has a significant impact on artist’s careers. Today many artists exhibit their work, and as Ernst Gombrich has said “the diversity of critical

opinion allows for the recognition of an increasing numbers of artists.” Reading various reviews I often wondered how art critics judge works of art, how objective they are in passing judgment and whether they can ever be truly objective. Are they aware of the consequences of their praise and scorn? I know that art criticism is an integral part of fine art, but what I want to know is where is it today and what is its purpose. Unfortunately, I see that contemporary criticism has become little more than laudatory prose which serves only to inform the general public. For reasons unknown it only serves as a report on artists and their works, avoiding any semblance of criticism. As I’ve mentioned before, many authors exhibit their work publicly today, so if art criticism has been reduced to neutral describing and informing then who can distinguish the good from the bad? By willfully putting on a muzzle in the portrait, by covering the mouth which is the art critic’s primary tool, the critic symbolically admits to being aware of his words, and takes responsibility

for the meanings they convey. He shows that he stands behind his texts. The muzzle is solely a symbol of an awareness of responsibility, and an awareness of the deplorable state of contemporary Croatian art criticism. It in no way implies the silencing of the one wearing it. In choosing critics my guiding thought was to find ones who were active in writing reviews. In no way did I think they should be silenced. On the contrary, the muzzle is an incentive for more conscientious writing. Out of over twenty Croatian art critics that I invited to take part in this project seven agreed to having their portraits taken. The muzzle has historically been used to silence the oppressed, it was forcefully placed on the victim’s face, preventing their god given right to free speech, which only strengthens its meaning as a symbol in this work, a symbol of the power of the word.

Video invitation director and associate in the production of this work: Luka Hrgović. 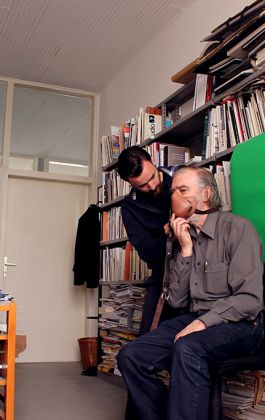 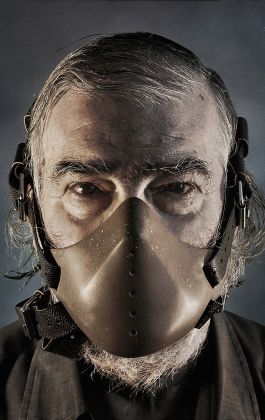 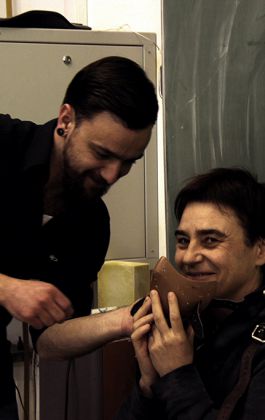 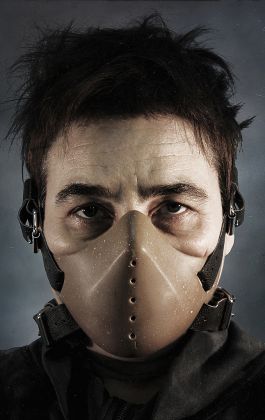 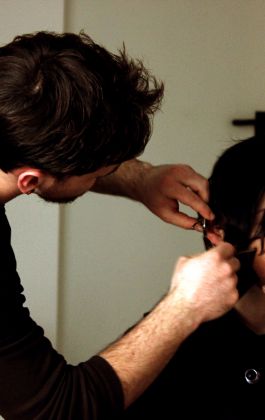 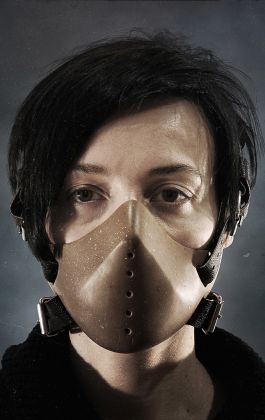 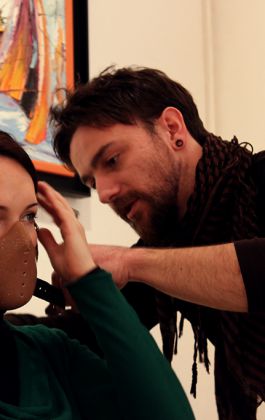 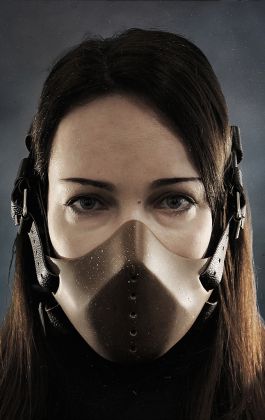 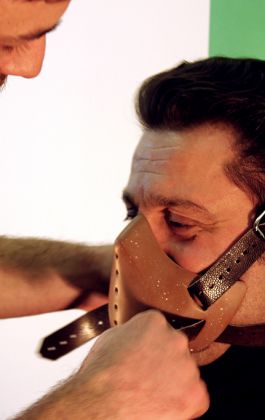 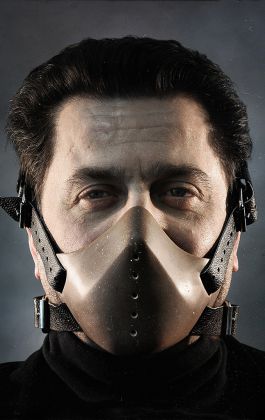 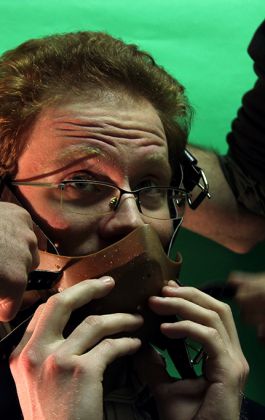 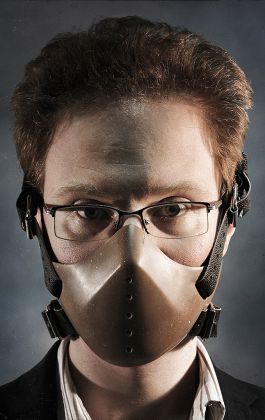 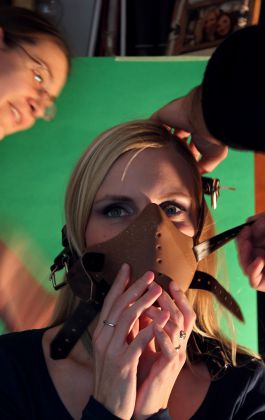 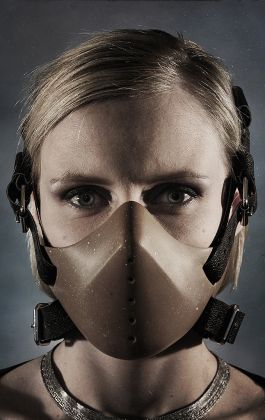 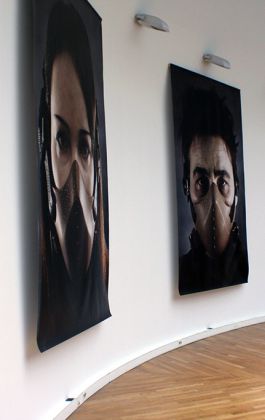 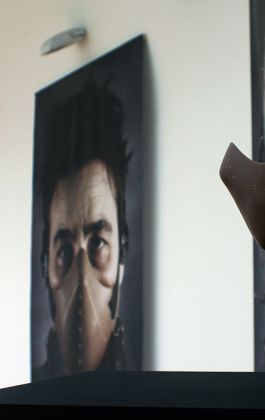 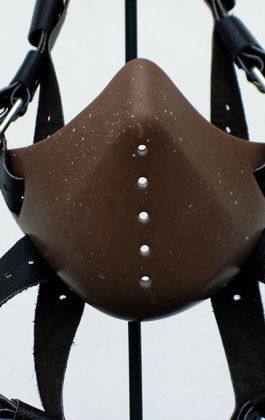 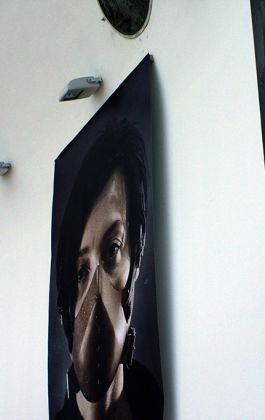 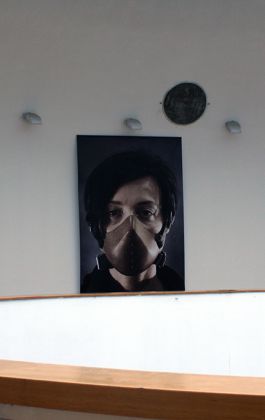 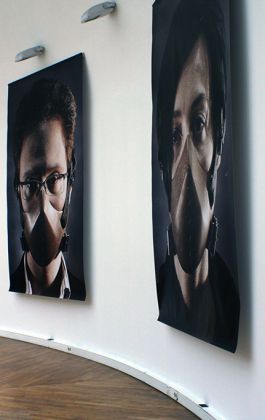 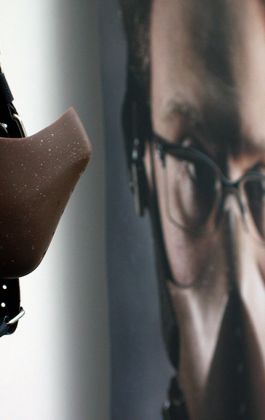 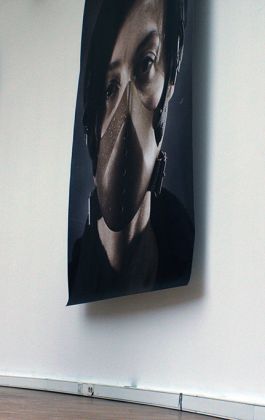 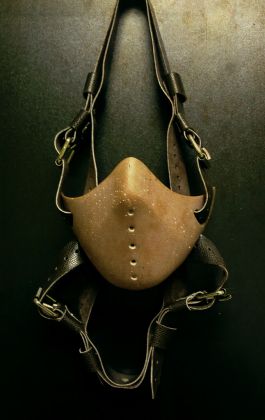 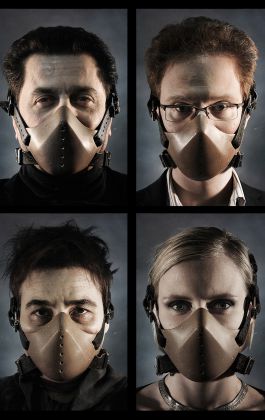